My DYI Sketchcrawl Along the King Kam Hwy-Part 2

After finishing our sketches at Fumi's Shrimp Stand, my son and I kept driving toward the famous beaches on the North Shore route of King Kamehameha Hwy. We weren't quite ready for lunch yet so we followed the slow line of traffic, with passing views of Shark's Cove, Sunset, Pipeline and Waimea Bay. NOW we were hungry. We had lunch in Haleiwa, a charming town famous for Matsumoto's Shave Ice. The line out the door at Matsumoto's was two and three people wide all the way around the building and along one side of the parking lot. Too long! No dessert for us! The light was perfect for sketching so we headed back the way we came toward Turtle Bay. 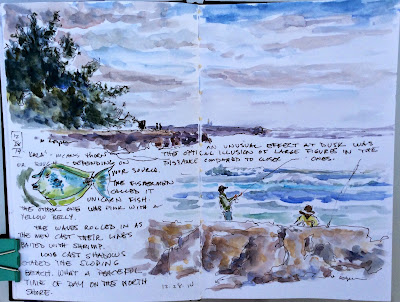 We literally drove to the end of the road and found a wonderfully secluded beach. Two men were reef fishing.  They allowed us to see their catch, two unicorn fish or "kala" in Hawaiian. I got a quick glance in the bottom of the bucket and drew this fish from memory. Sorry, no sketch of the orangey pink one.
As the light began to fade, an unusual optical illusion made the figures on the distant reefs seem comparatively much larger than you would expect.

We needed to get home before dark, so reluctantly returned to the car with the sound of the surf in our ears and a little salt spray on our skin.

Posted by Michele Cooper at 7:42 PM 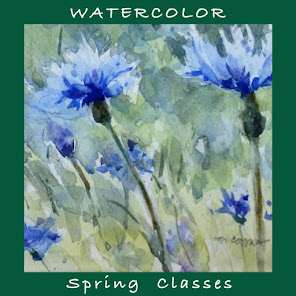 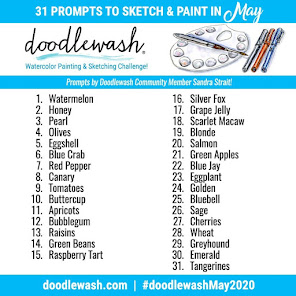