Seattle Urban Sketchers arranged an Ad hoc meeting this morning to accompany Laurie W., a visiting sketcher from San Francisco. On a cold, frosty November morning, it was so nice to be indoors, discovering something to draw in the current exhibit. Kate sketched everything, both inside and out!

In the lobby, a woman in a white lab coat was seated at a small table holding jars of preserved snakes. She was counting the scales to determine which of three varieties of garden snakes they were.
We also shared the venue with a group of school children, some of whom gave encouraging comments on our sketches in progress.
The first thing that caught my eye was the fossilized remains of a 30-million-year old baleen whale found on the Olympic Penninsula. I can't imagine the effort it would take to assemble this from pieces found in the mud. Other fossils, such as shells, were displayed with it on a bed of sand.
Since water media isn't allowed in the exhibit area, I used watercolor pencils to sketch, then went out to the lobby to blend the drawings with my water brush. The fossilized whale head, upper right, is how the pencil looks before adding water. The 180 lb. paper in my Stillman & Birn Beta sketchbook works great for this.

THE REMAINS OF THE DAY

After sharing our sketches at 12:30pm, some of us went to the University Book Store for lunch in the cafe and shopping in the art department. I sketched a sandwich and Tina sketched me!

Laurie brought her Moo Card collection of bird sketches (she let us choose one of the 50 in her series.) I got the hummingbird in its nest! 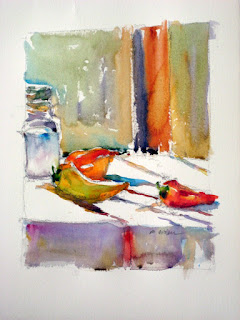 "Stop thinking about artwork as objects, and start thinking about them as triggers for experiences. That solves a lot of problems: we don't have to argue whether photographs are art; or whether performances are art or whether Carl Ander's bricks or Little Richard's 'Long Tall Sally' are art, because we say, 'Art is something that happens, a process, not a quality and all sorts of things can make it happen'... [w]hat makes a work of art 'good' for you is not something that is already 'inside' it, but somethings that happens inside you - so the value of the work lies in the degree to which it can help you have the kind of experience that you call art." -Brian Eno

Why do artists paint still life? Examples and explanation

with examples from ancient Egypt and Herculaneum

What are your thoughts/experiences with still life as an artist or as an appreciator of art?
Posted by Michele Cooper at 11:43 AM 2 comments:


After enduring a rough nine days with the cough, cold, fever yuck that's been going around, I finally feel like scanning all my Inktober 2015 sketches and posting the collection. (Tap or click to zoom)

My faithful Lamy fountain pen lasted until the very end. In fact, I think I could possibly do one more sketch with what's left in the cartridge. Wouldn't want to waste any ink now, would we?

Posted by Michele Cooper at 5:16 PM No comments:

Have you ordered your Perfect Sketchbook yet?

Want a "custom designed" sketchbook with your name embossed on the cover?

Read all about this Indiegogo project here or search #theperfectsketchbook
It just so happens that two of my favorite watercolor papers are used in these sketchbooks:
Saunders Waterford in the pocket version and Fabriano Artistico in the new larger B-5 version.

There is still time to get one! I got some with my name embossed on the front.
You might even win a pocket version and a travel brush! There are just 11 days left! Check it out!
Posted by Michele Cooper at 10:59 AM 5 comments: 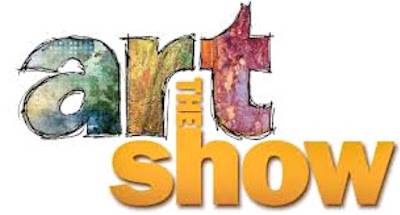 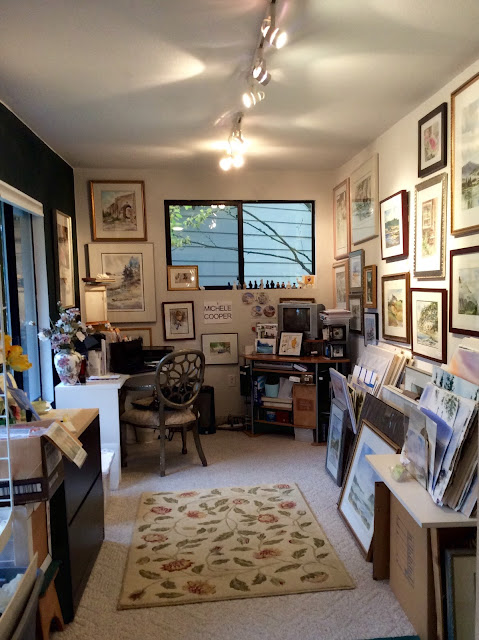 I have straightened the rug and put on the kettle. Coffee is done. Madeleines fresh from the bakery.

What would be cozier on a rainy Saturday morning?

I will be posting updates on Instagram throughout the day!
Update! Mary R. won the drawing! This is the original piece she chose: 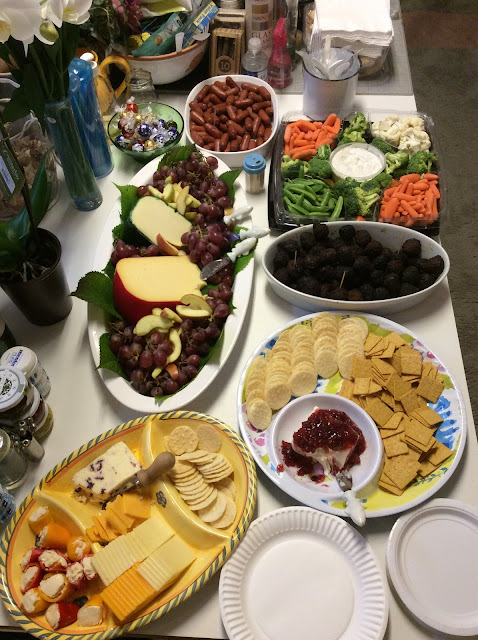 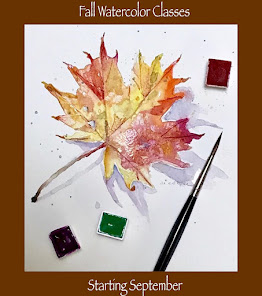 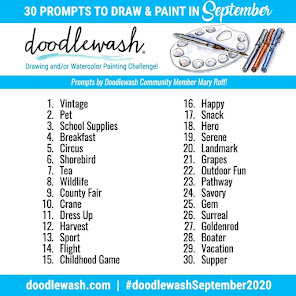