I had a blast Saturday at Gage Academy's Annual Drawing Jam. Thank you, Gage and sponsors for the free art supplies, models and music! Here's a photo Tina took of our ad hoc group of Seattle Urban Sketchers. I'm second on the left.

There was plenty of swagger in the costumed model studio! According to Gage's website:
Drawing Jam features a cast of over 50 models throughout the building – including dancers, musicians and costumed performers serving as gesture models, as well as nude figure models available for traditional sessions.
Costumed models include The SeaFair Pirates, Fox Chalker, Comic Book Characters for Causes, Nikita Breznikov, Noah Duffy, The Goddess Kring and more! 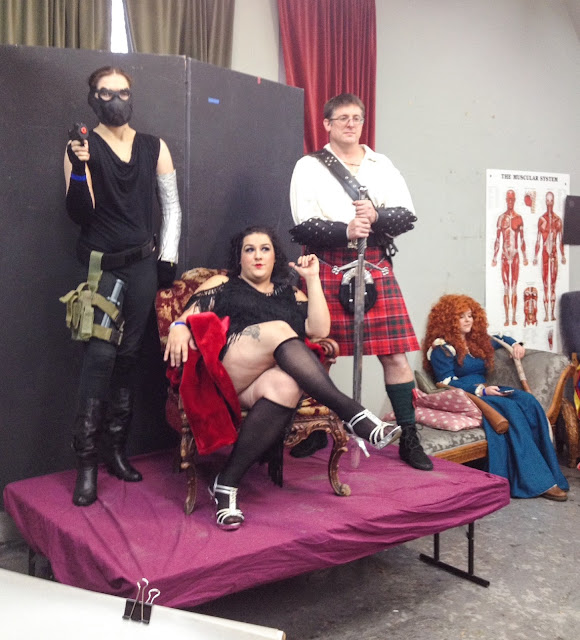 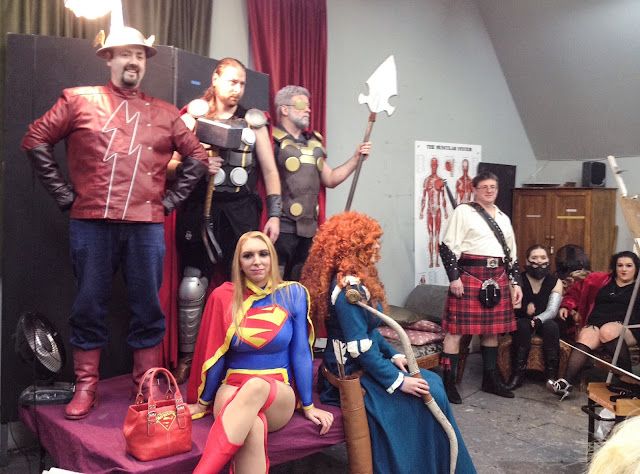 Although I was aware of the event before, this was the first time I actually attended. Each year, the Academy opens up its doors to the community to provide models, live music, open studios and art activities for the whole family – plus, there were two gourmet food-trucks today, courtesy of Off the Rez and Wicked Pies! 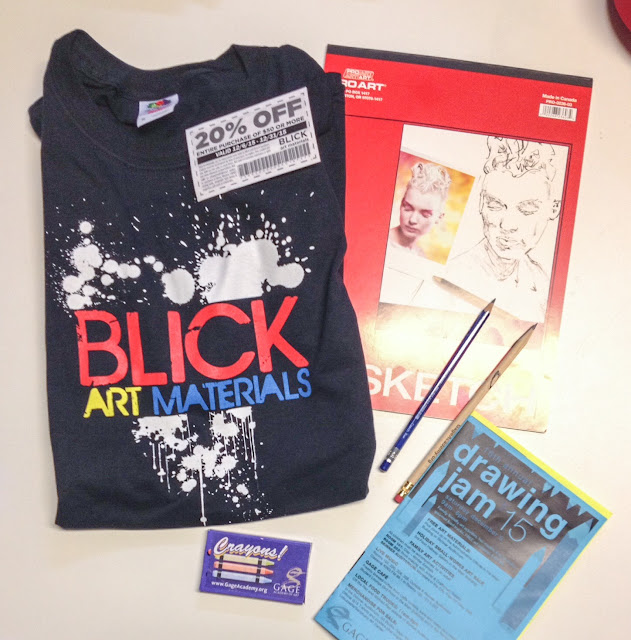 And here's the swag! No matter where you went, if there was an activity, the sponsors had a way for you to engage. Paper, pencils, charcoal, clay and more were free along with easels, chairs, etc. You could have arrived with no supplies of your own and still have been able to draw, sculpt, etc. 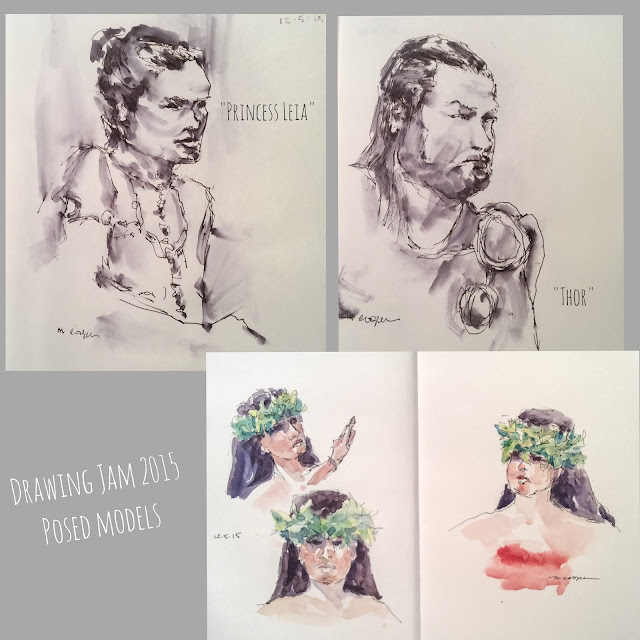 These were the posed models that I drew. The Hawaiian dancer gave 1-3 minute poses, so I really had to go quickly with my pen and added color a bit at a time in between poses. They were the only color sketches of the day.

I brought my own Aquash water brush and Lamy fountain pen, with water soluble Lamy ink. I had a new Fabriano soft cover notebook that I was anxious to try while working on figures or character studies.  I ended up drawing my fellow artists, all unaware, as they focused on the live models. There were Disney characters, pirates, medieval tableaux, Hawaiian dancers, and more! (I posted these sketches in my article on Seattle Urban Sketchers' blog since they fall within the guidelines of the USK manifesto.) 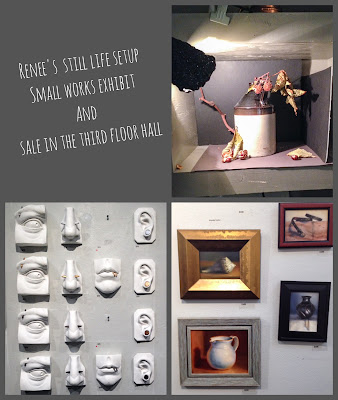 On the first floor of the Main building, you walk straight ahead down the hall and turn in at the last room on the right. It's a room packed FULL of kids, with instructors and volunteers making sure they had sticks, clay and whatever else was needed to sculpt their small masterpieces!

So much to see! So much from which to choose! The dilemma is not what to draw, but what to sacrifice because of the time allotted. The Academy was open from 9am to 6pm. I lasted until a bit after 3pm. Tina posted a picture of me waiting in line at 8:30am.

After rising at 6:30 am, driving for an hour, traipsing up and down three double flights of stairs and sloshing back and forth in the rain between the main building and Skinner Auditorium, I had to say "Enough!". (Anyone who knows me can tell you that I seldom sit while sketching, so I only got a total of about 20 minutes chair time during lunch. It really felt good to have a seat while driving the hour back home!)

Posted by Michele Cooper at 9:58 PM