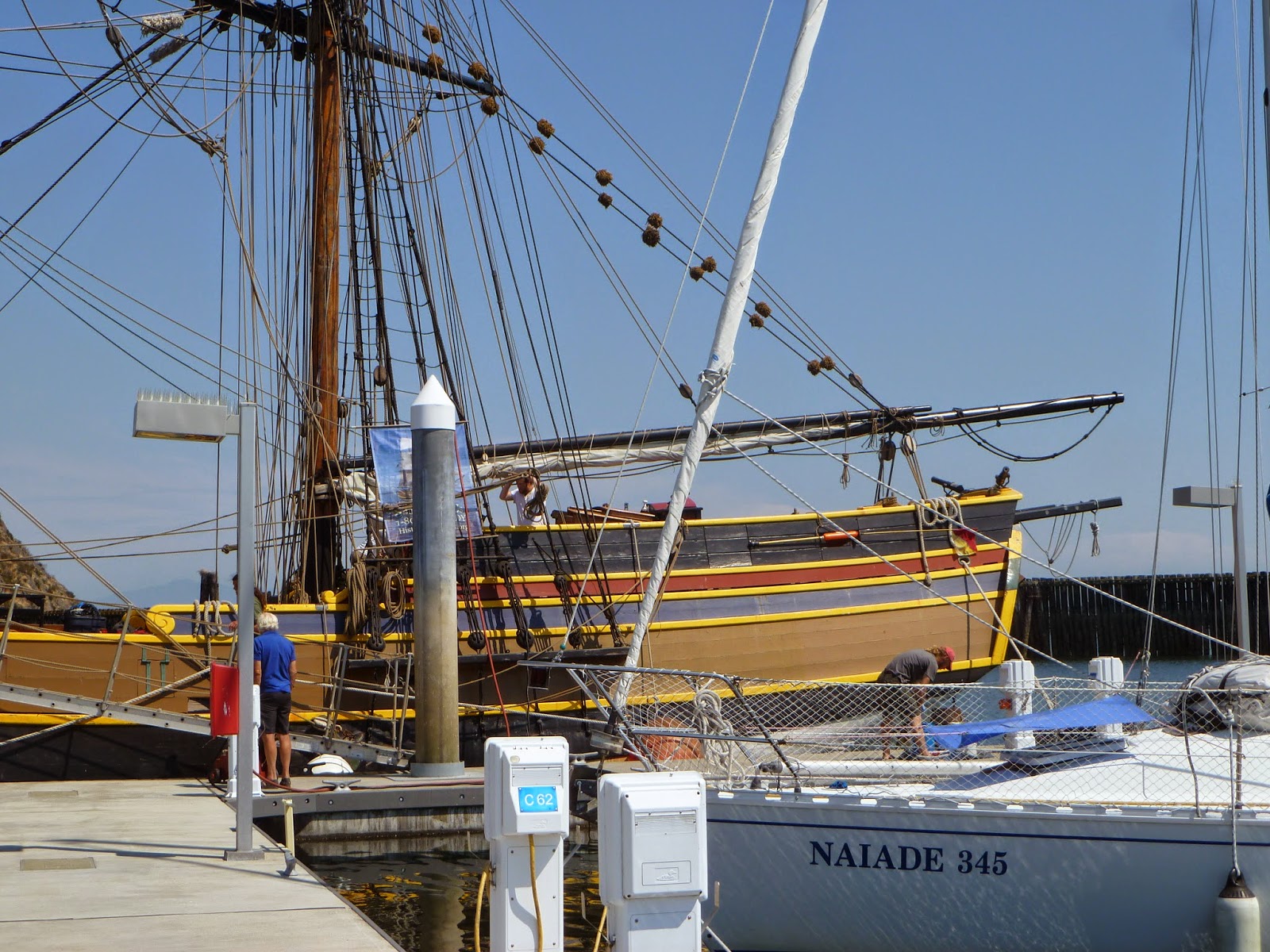 I got to sketch with ASk at Cap Sante Marina in Anacortes on Monday. I was attracted to the tall ships at the end of the dock.

From a distance, all those shapes along the rigging make it seem as though there is a colossal rat problem on the Hawaiian Chieftain. As I got closer (zoom in to ship's rigging) I thought maybe they were sponges. After talking to two girls on the crew, I learned they are handmade from rope and called "baggywrinkle". Hehe, that name just makes me chuckle. (Plural is the same, as in deer", they said) Their purpose is to prevent chafing of the sails against the rigging.

The tall ships Lady Washington and Hawaiian Chieftain have set a visit for Cap Sante Marina in Anacortes July 9-27, which will include public tours and public sailings.
Posted by Michele Cooper at 9:00 PM