Not All Pi is Created Equal 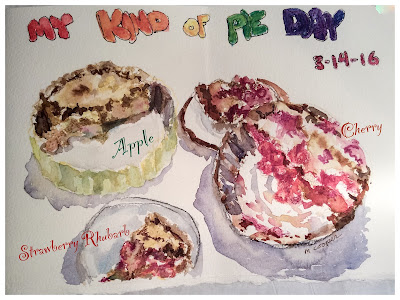 You can google anything. For those in need of ideas, here are 8 Ways to Celebrate Pi Day. 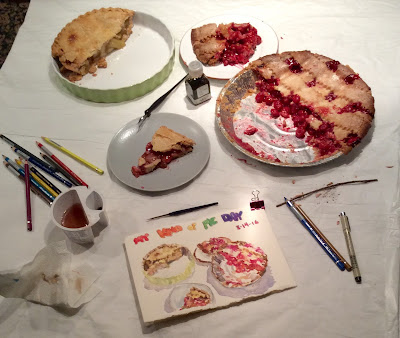 As you can see, there is quite a size difference between the half apple pie sold at Haggen's (upper left) and the half cherry pie left over from Costco (upper right). It took a slide rule, pocket calculator, compass and protractor to even out the difference in the sketch above. Several attempts were made to create a slice in the precise formula of Pi but incremental adjustments (i.e. taking small bites out of imperfect specimens) have resulted in the half pie situation as evidenced above.

You can't say that we have not made a serious effort here at the Pacific Northwest Studio.
Posted by Michele Cooper at 1:59 PM