When you have blue skies, warm breezes, palm trees and a bustling market square in Chinatown, it begs to be sketched. A few of the USk Oahu sketchers were kind enough to meet with me on Saturday afternoon for an impromptu outing at Kekaulike Mall in downtown Honolulu.

Here's my finished spread with my cool new USk Oahu fridge magnet from AJ! Thanks, AJ!
Check out more photos by Sebastian and our sketches on Flickr! 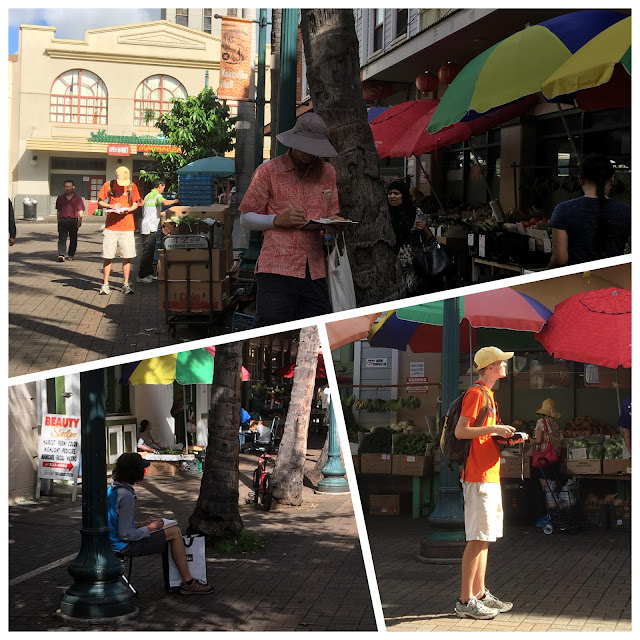 We met at the intersection of Kekaulike and North King St at 1:30, exchanged sketching stories, browsed each other's sketchbooks and realized we should probably get busy! That's Sebastian, Harald and A.J. (above) making the most of the hour of intense sketching we did during our visit to Kekaulike Mall. Sebastian wore an official orange USk Oahu tee shirt for easy recognition. 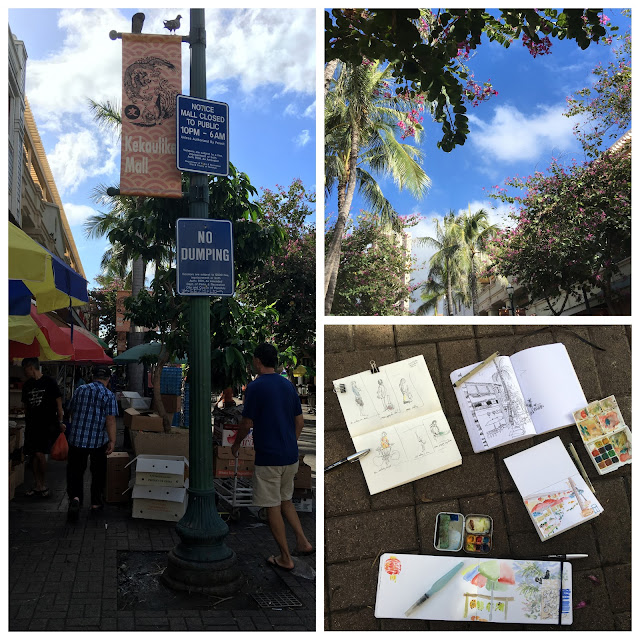 We felt that we could have spent a lifetime there, but accomplished a decent start in our sketchbooks. As we shared our sketches, we promised to get together again in early January for another outing. 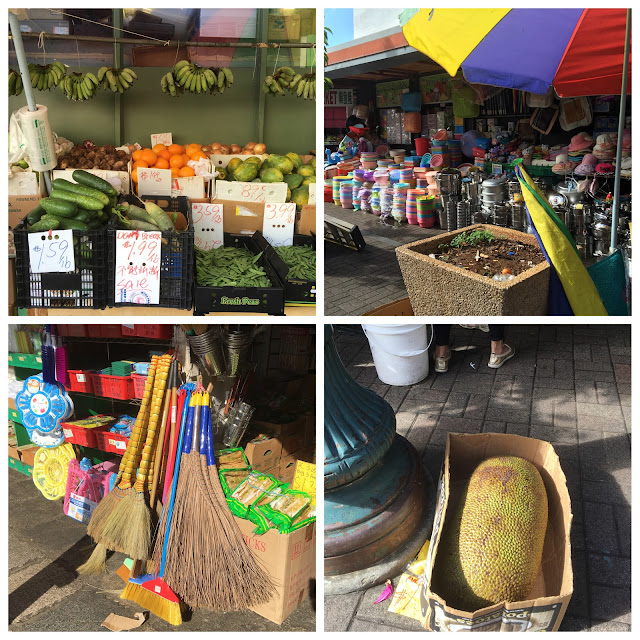 I liked the way the bananas are hung on a rail above boxes of fresh produce. It's illuminating to take the time to read the produce signs, even if you can't read the part written in Chinese. There are so many new and interesting subjects here: a rainbow display of shiny plastic housewares, a variety of brooms made in all sizes, shapes and materials and a gigantic durian which was mercifully intact! I  had to go back for another go at the sketches I started, finishing up some text and adding color.


A bit of history about our location: Much of Chinatown in Honolulu was rebuilt at the turn of the century after two fires. In the 1980s the city developed both Maunakea Marketplace and Kekaulike Mall to draw in commercial ventures. Along with O`ahu Marketplace, these centers teem with immigrant entrepreneurs selling fresh produce, seafood, clothing and household items.